The best product managers are masterful illusionists. And to work their magic, they exploit a trait that is unique to humans – or to be more precise, to homo sapiens.

After all, it is this trait that gave us an edge over our brawnier, heartier neanderthal brethren and explains why we sapiens have imposed ourselves at the top of the food chain wherever we’ve settled on Earth, even amidst predatory saber tooth tigers, imposing mammoths and mastodons.

That trait is the ability to mythologize, to imagine entities that don’t physically exist, perceive them as though they were real, and to do so collectively.

Such is the claim made by Yuval Noah Harari in his bestselling Sapiens: A Brief History of Humankind, which no human with the least bit of curiosity should delay reading (as I did for too long). Hidden within is a valuable learning for every digital product team.

As Harari explains, for sapiens, the ability to cherish the same myths has made all the difference. While we’re relatively feeble compared to the many species we’ve come to dominate over the past 70,000 years, our ability to collectively imagine has opened the opportunity for collaboration with others beyond our immediate bloodline or social circle – something no other collaborative species like neanderthals, chimpanzees, or bees are able to do.

It’s this trait that means two unrelated sapiens with the same core beliefs could find themselves hundreds of miles from home outsmarting a clan of neanderthals, collaboratively hunting an animal the size of a city bus, or fighting side by side in a crusade.

It allows the formulation of helpful universal concepts like laws, social taboos, human rights, and pride in the local sports team that permit the remarkably peaceful coexistence of millions of sapiens in the world’s cities.

And it has allowed whole subgenres of helpful fictions to emerge, such as that of the limited liability company, or corporate entities like Peugeot, Facebook, and Slack that we’d all agree “exist” even if their founders vanished, all their original employees replaced, or headquarters burned down.

“Ever since the Cognitive Revolution, sapiens have been living in a dual reality. On the one hand, the objective reality of rivers, trees and lions; and on the other hand, the imagined reality of gods, nations, and corporations. As time went by, the imagined reality became ever more powerful, so that today the very survival of rivers, trees and lions depends on the grace of imagined entities such as the United States and Google.”

So what does collective imagination have to do with product management?

Consider the typical web application: tens of thousands of divs, objects, functions, parameters, API endpoints, UI elements, and database records – all interwoven to form the impression of a single working product. There’s nothing easy about this. In fact, even the world’s most famed applications can seem held together by scotch tape.

Teams of engineers at Google study their own algorithms to understand why certain unexpected search results are turning up, and even then, due to the enormous complexity of the search engine (far beyond the understanding of any one person), they may make the most subtle, indirect tweaks, using trial and error until the results improve.

Over at Adobe, 15,000 employees support some of the most popular digital products of all time, but even applications as ubiquitous as Photoshop and Lightroom have their challenges with bugs and unexpected behavior. A glance through the community forums shows many issues go unresolved for weeks, months, or years.

And then there are products like ClassPass that appear to cleverly automate some aspect of users’ lives, booking fitness classes, delivering restaurant recommendations, or ordering groceries, but in the lean fake-it-til-you-make-it spirit started out as complete hacks! All actions were performed manually by humans behind the scenes and only taken over by algorithms in time.

Users are all too happy to be buffered from the complexity behind the products they use. In fact, part of the frustration of discovering a bug, landing on a poorly phrased error message, or uncovering a usability issue isn’t just being unable to carry out the task at hand. It’s the discomfort of being reminded that the whole app is an illusion, that we’re surrounded by complexity we’d prefer not to have to grapple with. Life is complicated enough as is.

Seeing the forest for the trees

Fortunately, sapiens are a forgiving lot. Our penchant for mythologizing – in the abstract sense that Harari describes – allows us to look straight through all the moving parts and interpret the app as a working whole.

But ultimately, this is just an illusion. And every imperfection detracts from it.

It’s the product team’s job to do everything in its power to preserve users’ holistic interpretation of their product:

As all these threads are woven together, disparate lines of code become a cohesive whole. Users begin to think of your product fondly as they would a favorite work of art, a home away from home, or a trusty friend. The product becomes far greater than the sum of its parts. 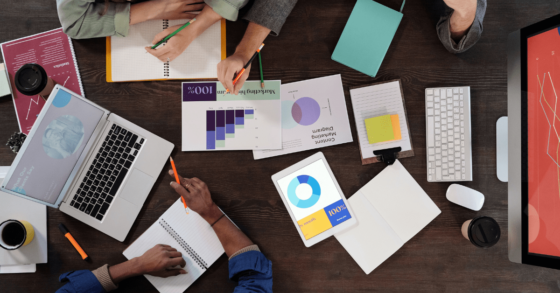 The roadmap to a collaborative culture: 5 steps from a product exec