At the intersection of psychology, technology, and business lies the field of behavioral design, and Nir Eyal is at the forefront of it.

Having spent most of his career in the gaming and advertising industries, founding and selling a couple of companies along the way, Nir now dedicates his time to studying how technology changes people’s behavior and habits. His research has culminated in two books: the national bestseller Hooked and his latest work Indistractable.

We caught up with Nir to find out how companies make products that keep us coming back, what users can do to take back control of their time, and why it’s too simplistic to call technology ‘addictive.’

Can you tell us a bit about your background and the inspiration behind your two books?

Sure. I’m what you call a behavioral designer, which means I use consumer psychology and behavioral design to help companies create products and services that build healthy habits in users’ lives.

My work with these companies was the genesis of Hooked, which came out about five years ago, and the Hook Model, which is a simple framework for building habit-forming products via a looping cycle that consists of a trigger, an action, a variable reward, and continued investment.

As I was exploring how to build good habits, I became fascinated by the question, How do we break bad habits? This led to my second book, Indistractable, in which I empower people to stay on track and in control of their attention in a world full of distractions.

Over the last decade or two, features like infinite scroll, variable rewards, newsfeeds, and push notifications have changed the way we use technology. What new habit-forming features do you think we’ll see more of in the future?

In the five years since Hooked was first published, we’ve seen the rise in popularity of devices with an auditory interface. My hypothesis when I wrote Hooked was that habits would become increasingly important as the screen interface shrinks. As we go from desktops, to laptops, to mobile devices, to wearables, and now to auditory devices like Amazon Echo and Google Home, we see that the screen has completely disappeared.

My prediction is that auditory devices present a huge opportunity, but they’ll have to become more proactive. They’re going to have to say, Hey, I see you’re home. Can I do this for you? And prompt you with external triggers via questions or suggestions until you form the habit of asking the devices what to do. Right now, they’re just used for frequently occurring habits — like setting a timer or playing music — when they can do so much more.

The Hook Model is clearly still relevant today. Do you see it evolving in the future?

I don’t think so, no. I find that across time and cultures, the four basic steps of the model don’t change, because people don’t really change.

Can you give us some examples of tech products that use the Hook Model to help their users develop healthy habits?

There’s the Fitbod app, which helps get people to the gym and keeps them coming back. There’s Kahoot, which helps kids get into in-classroom learning. Then there’s The New York Times app, which uses the Hook Model to get people into the habit of consuming the news.

Unlike most fitness apps, Fitbod has clearly defined their customer and internal trigger: they wanted the person who already goes to the gym but has no idea what to do when they get there. And that was me to a tee. Which exercise? How many reps? How many sets? What kind of weight? The app told me that in the form of a challenging workout or a variable reward.

Every time I did an exercise, I entered in the reps and sets according to the plan they laid out for me. And if I did legs on Monday, it would tell me to do arms on Tuesday. If I did 20 pounds last week, it told me to do 22 pounds next week. It gets smarter and smarter the more you use the product — that’s the investment phase. I was so impressed by it that I wrote into Customer Support asking if by any chance they’d used the Hook Model. About 30 seconds later, the founder wrote me back saying yes!

How do you feel about companies leveraging your method to create tech that is addictive? Do you see that as something negative?

I think it’s very subjective. One person’s tech overuse is another person saying that the product is very user-friendly. And just because a behavior is new and strange doesn’t mean it’s bad. A lot of things that we once thought were bad turned out to be completely normal in the passage of time.

That doesn’t mean that technology companies don’t have responsibilities or that they’re doing everything perfectly, but making a product engaging is not bad. That’s not a problem — that’s progress. The truth is that technology doesn’t addict everyone. It’s much more complex than that.

“For the vast majority of people, technology is not an addiction. It’s a distraction.”

When we call it what it really is, a distraction rather than an addiction, we have to do something about it. And that’s no fun. It’s a lot easier to think that technology is hijacking our brains so that we fall into learned helplessness. But this disempowers us from addressing the real problem.

“As users, we’re much stronger and more powerful than most people understand.”

When it comes to the overuse of technology, we can do something about it. I call that hacking back, and it’s what Indistractable is all about.

Can you give us some examples of hacking back?

The point is, I want people to use technology in a way that serves them as opposed to feeling like they serve technology. But at the same time, I want these companies to make the most engaging products they possibly can. I don’t want the government getting in the way and saying, No, don’t make this product too engaging. I’d rather decide for myself.

“I want people to use technology in a way that serves them as opposed to feeling like they serve technology.”

This reminds me of a point you make in Indistractable, where you explain how something that we traditionally see as a distraction can actually become traction if you are intentional about it.

That’s exactly right. If you plan to spend forty minutes watching YouTube videos or scrolling through Instagram, enjoy doing it, and do it without guilt or the feeling that you should be doing something else. The way you do that is by scheduling time for it.

“The time you plan to waste is not wasted time.”

The problem is when we use a product or service as an escape from something we don’t want to deal with. Whether that’s too much Facebook, too much booze, too much work, or too much news, these things are only unhealthy if we use them as a vehicle to escape from an uncomfortable reality. But if you’re using one of these products or services in a way that’s aligned with your values and your schedule, not the schedule of app makers, they’re wonderful.

I mean, how many people would we have lost touch with were it not for these amazing products? It’s easy to complain about them, but they do a lot of good for us as well. With the Time Well Spent movement treating habit-forming tech as an ethical issue, do you think products will need to adapt or become more subtle in the future to avoid putting users off?

What I fear is that we’re moving from an age of being skeptical about technology to being cynical about it. If you talk to tech reporters, large tech companies can’t do anything right. And that’s just not true. I know that Google is working very hard on their Wellbeing initiative. I know that Apple has Apple Screen Time. These companies are literally giving us tools to help us use their products less. Instead of shaking our fists and doing nothing, there’s so much we can do to help ourselves.

Building healthy habits is about understanding the difference between persuasion and coercion. Because the same exact tactic can be used for either. The streaks on Snapchat are perceived very differently from a similar technique that is used by Duolingo to get people into a streak of learning a new language. So it can’t be the technique. It’s how the technique is applied.

The Time Well Spent movement makes it seem like we can be persuaded to do anything a product designer wants. But that’s clearly not true. If that was the case, we’d all have Arnold Schwarzenegger bodies and huge bank accounts, because there are so many apps that are built to help you do just to do that. And that’s not the case, because persuasion is still pretty tough. There are lots of reasons people don’t do what designers have designed for them to do.

We have to recognize that if we want to create a product that people use over the long term, it has to benefit them. Using tricks always backfires. We have to generate real value for people in order to keep them coming back. And that’s the core of the Hook Model.

“We have to recognize that if we want to create a product that people use over the long term, it has to benefit them. Using tricks always backfires. We have to generate real value for people in order to keep them coming back.”

As product developers, we want to make sure that we persuade, not coerce. And persuasion is about helping people do things they already want to do. In short, building healthy habits.

productboard is a product management system that enables teams to get the right products to market faster. Built on top of the Product Excellence framework, productboard serves as the dedicated system of record for product managers and aligns everyone on the right features to build next. Access a free trial of productboard today. 3 key strategies to implement product leadership in your organization 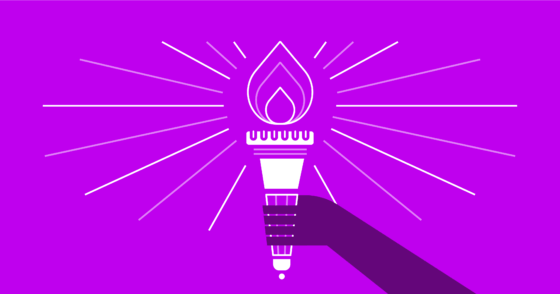 Can product leaders manage their CEO? 4 keys to leveling up your product leadership