The New Dangerous Animals of Product Management Meet Them Now 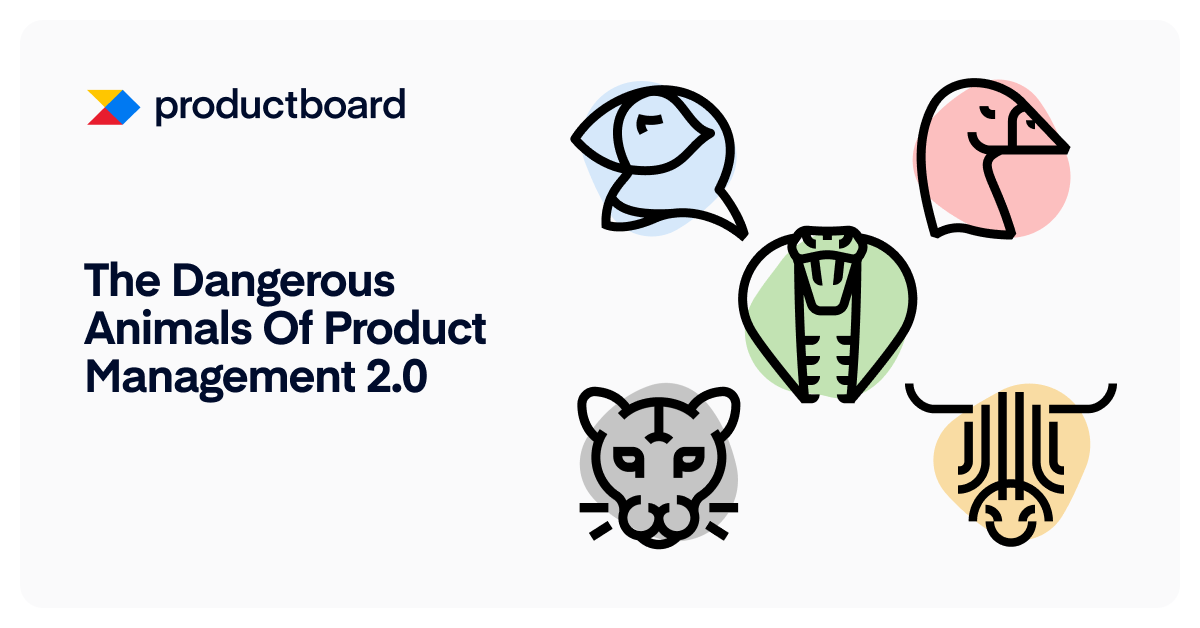 A special thanks to Dean Peters for collaborating with us on this project!

It’s a jungle out there for product managers. So much of a jungle, in fact, that back in 2021, we compiled a list of the dangerous animals of product management. These are the stakeholders and situations that—if left untamed—can get in the way of your product plans. Want to see the original list? You can find it here.

Today we’re back with an updated version, the dangerous animals of product management 2.0. Just as with the original list, our goal is not to point fingers or place blame, but rather to bring awareness to common problematic situations in the product world and provide some food for thought on how to overcome them. Crows aren’t the only birds attracted to bright, shiny objects. PUFFIns are content to jump from one shiny new feature to another. They may be guided by the desire to please others, make a sale, or, in some cases, to simply “keep the engineers busy.” Regardless, the hallmark of a PUFFIn is making decisions without any concern for long-term vision or strategy.

Why are PUFFIns dangerous?

Let PUFFIns rule the roost and everyone will have plenty to do, but it’s unlikely that all this work will make a positive impact on the business. Your roadmap, rather than being a strategic document that guides you towards a North Star, will just be a collection of chaotic points leading nowhere. And hustling all the time without driving any real results is one way to kill your team’s motivation and engagement.

PUFFINs in the wild

Andrew Jordan knows what it’s like to work in a PUFFIn environment. He was a product manager at Modern Message, which in January 2020 was acquired by RealPage, a loyalty rewards program that helps marketers and property management teams engage with their residents. The acquisition prompted the product and engineering teams to take stock of their existing processes.

When they examined the way they were working at the time, they identified a few major issues. Leadership, UX, product managers, and engineers were siloed by their roles and ideas tended to flow only in one direction. “Leadership typically came up with ideas, they then partnered with UX to flush it out. From there, a feature was assigned to a PM who would then partner with Engineering to plan development,” writes Andrew.

While this process worked in terms of building features and shipping them (hello, Feature Factory!), it was focused more on output than outcomes. It was hard to change direction once they started working on a feature, and it put a lot of stress on engineering leads.

To get out of the Feature Factory model, they began a gradual process of change which involved introducing cross-functional product teams, defining team charters, and eventually transitioning to a dual-track Agile model.

The GOOSE—while good-intentioned—has a shaky understanding of how long it actually takes to get things done. We’re all guilty of being a GOOSE sometimes, believing projects will take much less time to complete than they actually do. And we often forget that it’s never as simple as just building a feature and releasing it into the world—all features require care and feeding beyond the initial time of development.

Why is a GOOSE so dangerous?

Being overly optimistic about timelines can lead to overpromising and underdelivering. This can inconvenience, upset, or in some cases enrage our stakeholders, customers, and users. And ultimately it erodes their trust in us. They’ll be less likely to believe anything we say, which can hurt our working relationships and damage our ability to collaborate effectively.

A GOOSE in the wild

MyFavorites was intended to be “the Like button for everything,” writes founder Steve Poland. You’d be able to know your friend’s favorite blog posts, beers, drinks at Starbucks, things to do in Baltimore, etc.—along with your favorite celebrities and brands.

Instead of choosing a single platform, MyFavorites was trying to build an iPhone app, an Android app, and a website where people could favorite things. “It was all too much,” writes Steve. Their dev platform of choice, Titanium Appcelerator, was supposed to allow them to write everything at once and push it out to both iPhone and Android (spoiler alert: it didn’t work). AND they were trying to build the web app at the same time.

Steve says, “I was blowing cash — at a ridiculous pace. I had seven guys working on this thing at once, as we were hustling for SXSW launch deadline.” Reflecting on the experience now, he says, “Focus on one platform. Get it out there—let people use it—nail down the UX with user input.”

PUMAs use their lightning-quick reflexes to pounce on an idea or solution. But those sharp claws only scratch the surface. After talking to a single customer or looking at a single data point, they’re ready to make a decision. Or perhaps they see a competitor is doing something and scramble to one-up them. PUMAs rely on assumptions and arrogance instead of digging deeper into what a customer, user, or data point is really saying.

Why are PUMAs dangerous?

Relying on a single data point or signal is unlikely to lead you in the right direction. So many ideas fail to gain traction, and this happens much more when we haven’t taken the time to validate them first. Letting the PUMA chart your course can ultimately lead to a lot of wasted effort and loss of team morale.

PUMAs in the wild

Votertide was a social media analytics company that tracked data from social media in real time to find out how people were reacting to political figures and issues. After some initial investment and fanfare, the company ran out of money as headcount and burn rate grew. Reflecting on what went wrong, Jimmy Winter says he relied too much on assumptions and didn’t talk to customers enough. “I wasn’t getting out there in the field to understand what people wanted and what was good and what was bad.”

He says the insights they got from customers were what led them to build a few key things that were by far the best-used features. And the features he personally thought were great were the ones that nobody cared about. “Don’t waste your time on something that you have a gut feeling about,” he now says.

The CoBRA can strike at any time, and often its work is invisible and hard to detect. Making snap decisions can keep us out of harm’s way in the real world, we should take more time and be thoughtful about our judgments in the business world.

A few common biases to look out for include confirmation bias (where we only notice and remember information that confirms our beliefs and ignore or forget anything that disproves them), sunk-cost or escalation of commitment bias (where we think since we’ve already invested time and money into an idea we must continue to pursue it), and experience bias (where we believe that since something worked for us in the past that it will have to work for us in the future, too).

Why are CoBRAs dangerous?

Biases lead us to make snap judgments, which we should really only be doing in very specific circumstances (like when we’re dealing with an actual or metaphorical fire). In the majority of cases, snap judgments will skew our interpretation of evidence and our execution of tasks. This can lead to building the wrong thing or unintentionally leaving out—or even harming— certain groups.

CoBRAs in the wild

Robert Rosenberg was the CEO of Dunkin Donuts. He’d come into the job at 25, and by his own admission still had a lot of growing up to do. He almost took the business off a cliff by changing the mission from a focused coffee and donut shop business to a chain of franchises.

“I got seduced by Wall Street and wanted to keep the earnings growing at 50% a year, which is impossible,” he told Christopher Lochhead in a podcast interview, 90 Lessons Learned From Running Dunkin Donuts For 35 Years. He says his youth and cockiness led many franchisees to become disgruntled and he had begun to lose focus on Dunkin since he’d started other chains in the meantime.

Luckily, at the time he happened to read David Halberstam’s book The Best and The Brightest about the Kennedy administration during the Vietnam War. The gist was that the best and the brightest in the US were suffering from hubris, which led to the catastrophic outcome of the war. And when Robert read that, he said, “He could be talking about me!”

This transformational moment led him to go back to senior leaders at Dunkin Donuts, acknowledge what was happening, and create processes that would allow franchisees to share their own experiences and feedback. Instead of making all the strategy decisions himself (which was causing significant problems for the company), he created lines of communication with the franchisees, managers, and stores.

YAK (Yet Another KPI)

YAKs have quite the appetite for metrics and numbers. So much of an appetite, in fact, that they’ll keep gorging on them until they make themselves sick. Metrics can be a good thing, but they can also be gamed or turn into noise if they’re not aligned with a desired behavior or actual business goals.

Why are YAKs dangerous?

Measuring the wrong thing, like vanity metrics, can give you a false sense of security and lead you in the wrong direction. In some cases, it can even incentivize bad behavior or lead to people gaming the system. In the early days of software development, for example, using lines of code as a metric encouraged developers to write inefficient and overly complicated code.

YAKs in the wild

Stayzilla, an India-based home aggregator, suffered a YAK on the loose and announced they would halt operations in hopes of rebooting in the future. The former CEO Yogendra Vasupal admits: “The initial seven years were all about having negative working capital, positive cash flow, and a sustained ability to fund our own growth. Those were the only metrics we tracked. In the last three to four, though, I can honestly state that somewhere I lost my path. I started treasuring GMV [Gross Merchandise Value], room-nights, and other ‘vanity’ metrics instead of the fundamentals of cash flow and working capital.

Reflecting on why this happened, Yogendra writes, “while there exist many benchmarks for valuation of a company, its intrinsic value starts from inside and is tied very closely to the metrics that founders value and their comfort with that selection.” And while he’d realized that Stayzilla had veered too far from their initial value system, it was too late. “12 months was just not enough time to shift paths, when we were already 36 months down a different path.

Want to learn more about the dangerous animals of product management and how to tame them? Download our ebook and check out our Dangerous Animals video series! 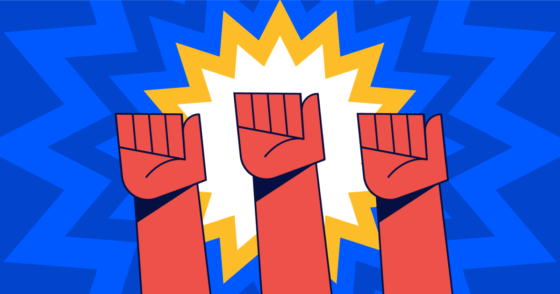